Not to be confused with Good


Not to be confused with Weird Al Yankovich


Not to be confused with Mr. T

Bad is the opposite of Good. If something is bad, it isn't good. If you can think of a better way to explain that, let me know, but that's what it is, so you'll have to deal with it for now. Also, when something is bad, it makes you feel bad, like when that guy over there points a gun in your face.

Bad was invented by Chuck Norris, at the start of the Universe. He had one bad @$$. And, thus, set the stage for all other bad stuff.

There are several different kinds of badness, listed below.

The most common type, it is simply the opposite of good.

The type of bad that really means good. Wrap your head around that!

The definition of Chuck Norris.

A gallery of bad stuff that you should avoid.

Going on a Road Trip is very bad. 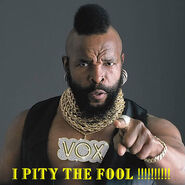 If Mr. T pities you, that's a bad thing. 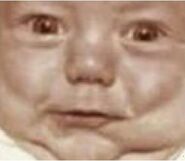 This is just bad. Nothing more to it.

This is also just bad.

That's a bad place to keep your refrigerator, buddy.

If a monkey is shooting a gun at you, that's very bad.

Chuck Norris is the definition of Bad. 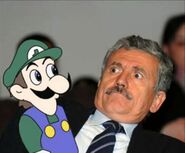 The Wegee Stare is bad.
Add a photo to this gallery
Retrieved from "https://trollopolis.fandom.com/wiki/Bad?oldid=6798"
Community content is available under CC-BY-SA unless otherwise noted.