Start a Wiki
Fail is a state of being in which one performs a task in a manner so incorrect it's ridiculous. In other words, Fail is the act of failing. Fail has been around for thousands of years, but the exact usage of the term is believed to have originated in the Internet during the mid-2000s. Since then, Fail has become a beloved member of Internet society as well.

Facepalm Fail - This type of fail is characterized by the end result making people want to facepalm. Such Fail is typically grating, imbecilic, or otherwise annoying.

Ever heard of cupholders?

For comparison, here is an example of what is not Fail 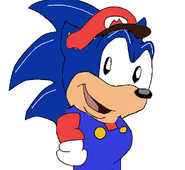 Darth Vader certainly Fails, huh?
Add a photo to this gallery
Retrieved from "https://trollopolis.fandom.com/wiki/Fail?oldid=5250"
Community content is available under CC-BY-SA unless otherwise noted.