Not to be confused with Trollopolis


Not to be confused with Drowskinville

Theftropolis is an entirely 8-bit city that is perpetually overrun with crime. It is only 3,330 miles from Trollopolis; not more than a 1,429 days' walk away. Many locations are reminiscent of Mari and Splosion Man; which is likely due to Player stealing them.

Theftropolis was built in 1988; and later rebuilt in 20XX; and destroyed in 1992. Theftropolis started out as Grand Theftendo; but later it was changed to Theftropolis when Player came to inhabit it. Player is the greatest thief in Theftropolis; able to grab coins by jumping on peoples heads and jump into any car he wants. 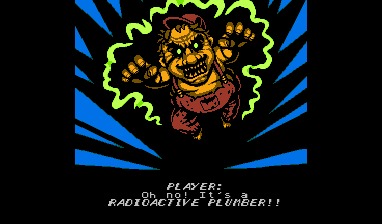 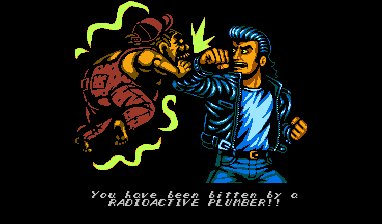 Player is the main character in Theftropolis. He goes around, beating up people either for his own purposes or on missions from other people. He can jump into all sort of cars, and after being bitten by a radioactive plumber; the ability to jump on people's heads and collect coins.

Retrieved from "https://trollopolis.fandom.com/wiki/Theftropolis?oldid=6069"
Community content is available under CC-BY-SA unless otherwise noted.